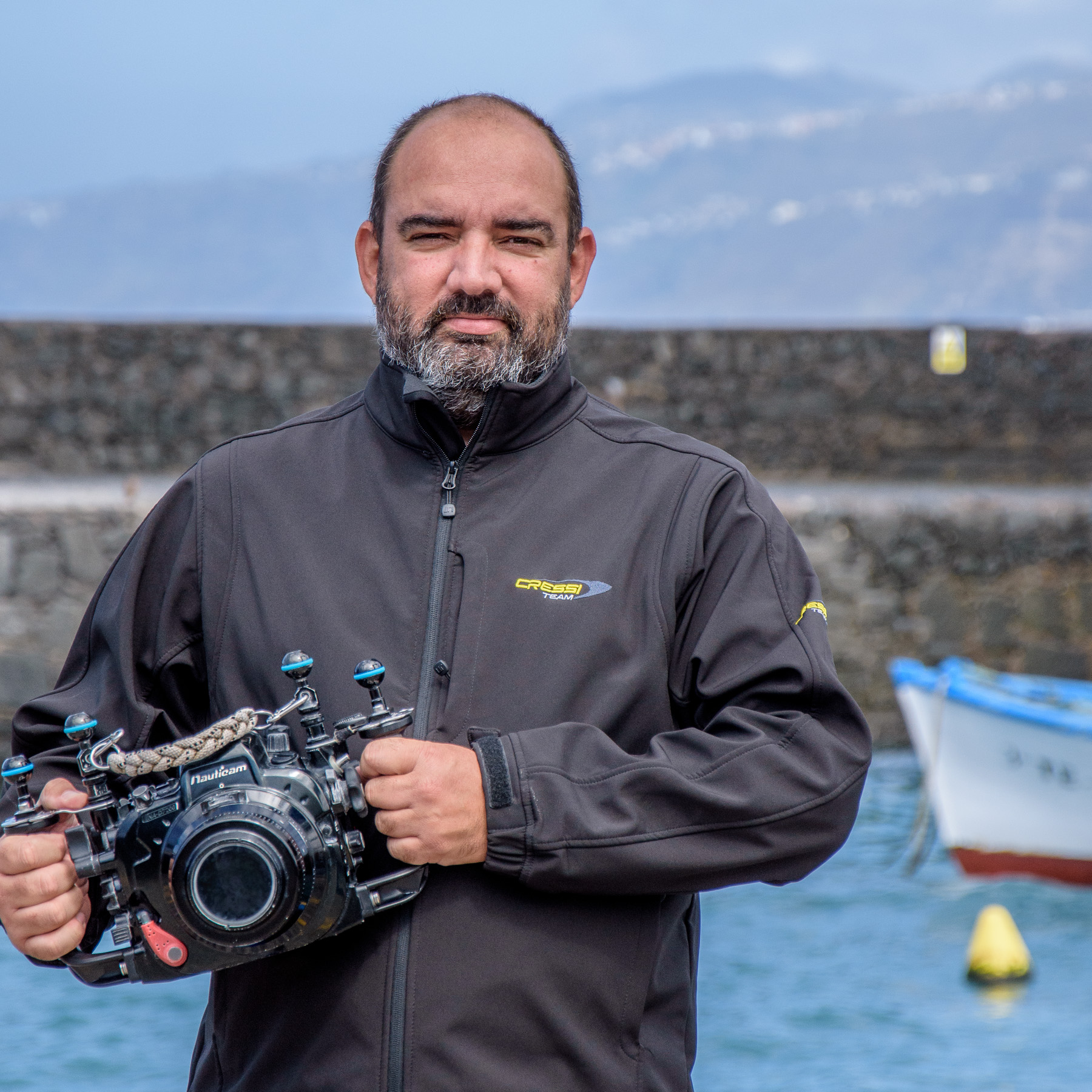 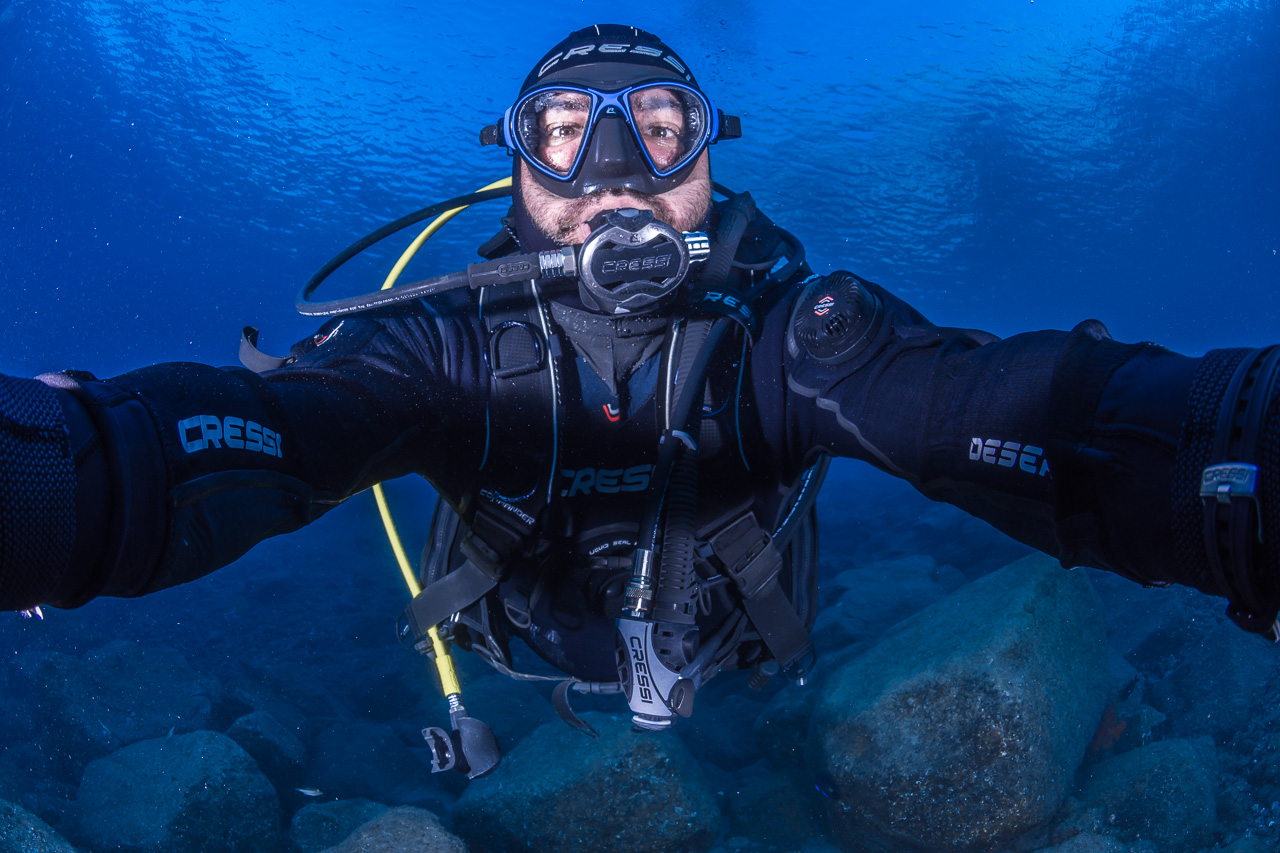 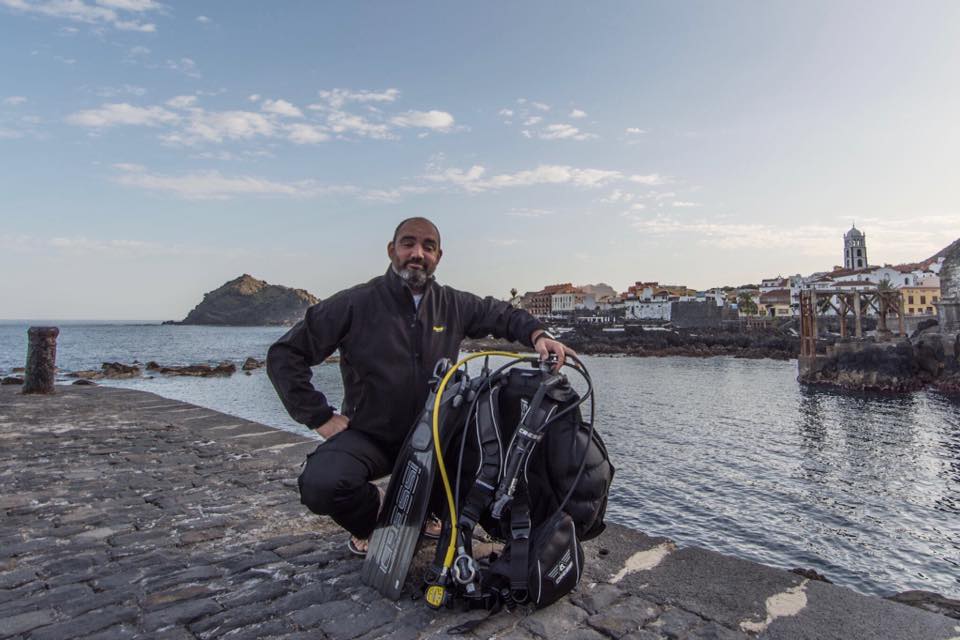 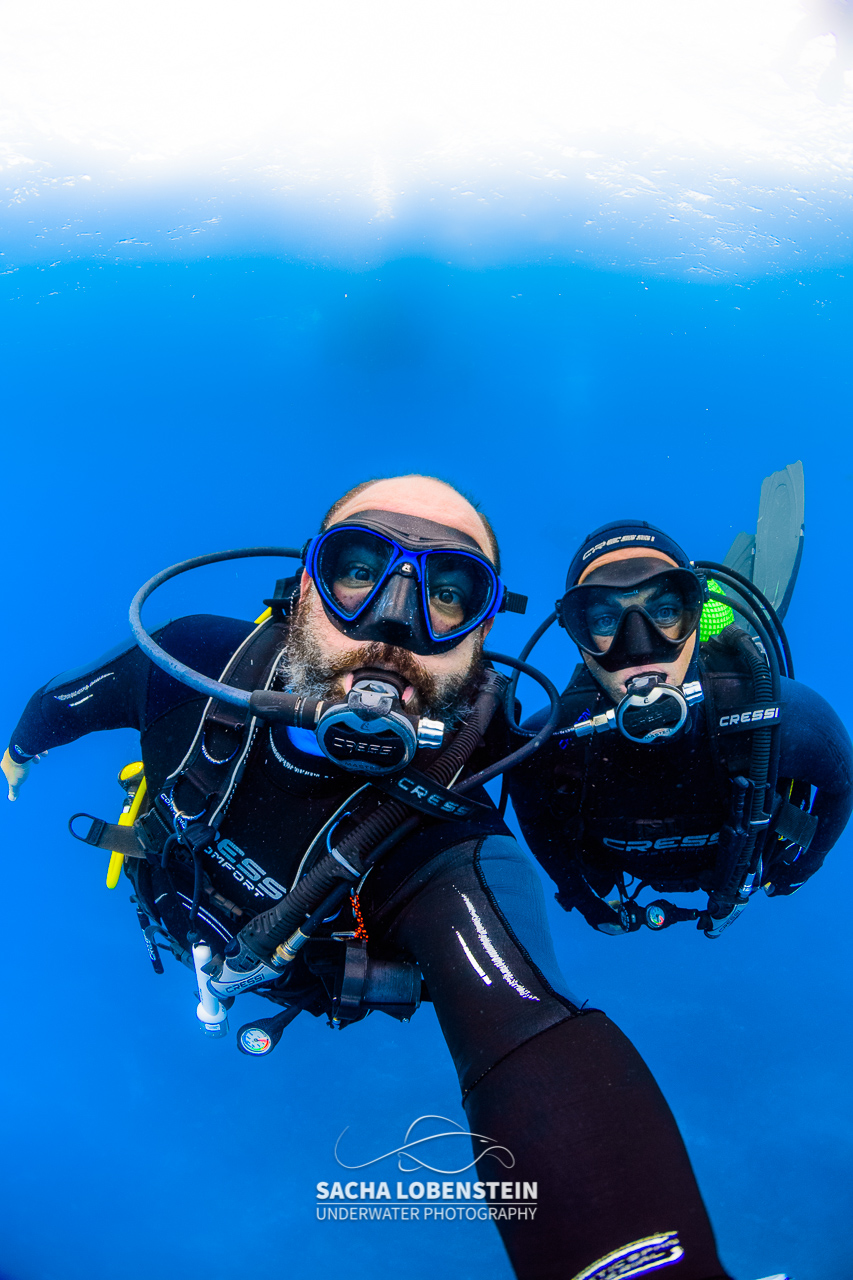 Sacha Lobenstein was born in Puerto de la Cruz (Canary Islands, Spain). He studied image and sound, currently working as graphic designer in the island of Tenerife. He started diving in 2008 and, fascinated by the seabed beauty, he quickly decides to take an underwater camera on his dives and combine scuba diving with his other great passion; photography. In 2010, he created “www.enelmar.es“, a blog where he publishes and shares his underwater images and experiences at sea.

He has won the Jury Prize at the Second H2Ocean Contest of the National Geographic magazine (Barcelona, ​​2019) and the Best Aquatic Photographer award at the First National Biodiversity Festival (Canary Islands, 2015).

He regularly contributes with his photographs with publications such as diving guides, tourist guides, research papers, doctoral theses or diving and underwater photography specialized magazine covers. He has participated in the NaturaJazz cycles organized by the Museum of Nature and Man of Santa Cruz de Tenerife (2015, 2016, 2017, 2018 and 2019).

He is co-author of the Canary Islands Fish Guide, a guide with photos, texts and illustrations of the main 202 species of fish that live between 0-50m deep in the Canarian coasts.

He is Nauticam ambassador, brand of Underwater cases and also member of Cressi Team Spain, sponsored by the Cressi prestigious brand of diving equipment.